Rebetiko, (in plural, rebetika, from the Greek term ρεμπέτικο, pronounced [re ˈbetiko] and ρεμπέτικα respectively), is a unique and distinct synthesis of musical traditions from both the East and West, comprising elements of traditional European and ecclesiastical musical styles, coupled with strong and distinct Ottoman and Byzantine influences.

The Amanes is a sub-genre of rebetiko of which the songs are mournful and melancholic, a lament.  This form is the central locus for the Altar'd Lament project.

Lyrics for the music often dealt with themes such as poverty and hardship, repression, violence, crime and drug use, resulting in musical forms somewhat similar to traditional folk laments. It is most typically associated with the café music of Greece and Turkey in the early 20th Century, and was popular among the working classes and poorer communities of the Aegean port cities, most notably in the bohemian city of Smyrna, where many say the Rebetika style originated. Most if not all recordings of Rebetika produced in Greece until the late 1930’s were typical of the style of Rebetika known as Smyrneika – literally, a voice or dialect of Smyrna. 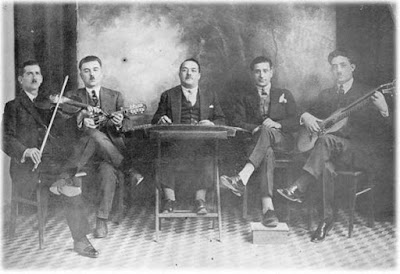 Rebetika provided a restless underclass with a voice in which to decry their lot – to protest at the injustice of their rulers and masters, to express their dissatisfaction and resentment, and to wildly celebrate their dissent and desires. 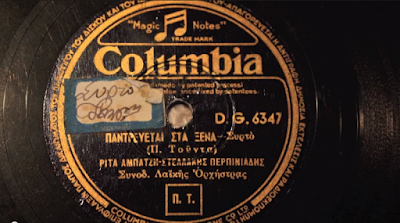 Aman…
Let each one stop and think about the hour of death. Into the black earth he will sink and his name will be erased.
The word “Αμάν” (Aman) is an expression of despair and frustration and used in Greece and the Near/ Middle East.
The expression “μαύρη γή” (black earth) represents not only death, but also exile in a foreign land, such as the kind experienced by Abadzi and the thousands of Greeks which escaped from Smyrna and Asia Minor.
In the case of Gazeli Neva Sabah, “μαύρη γή” alludes to physical death itself and also to the death of Greek culture in Asia Minor following the catastrophe of 1922 and the expulsion of the Greek population.
3000 years of Hellenism in Asia Minor has been snuffed out virtually overnight and, as the song says, “σβήνει το όνομά του” – its name erased.